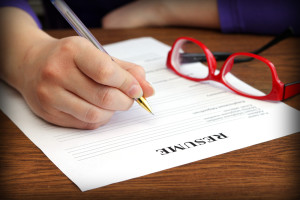 When applying for a job, your resume can make or break you. Your resume is what determines whether or not you land an interview. To write a resume that gets you noticed, consider these resume building tips from Omar Yunes:

With these tips from Omar Yunes, you can create a killer resume that will help you land an interview.

Omar Yunes of Sushi Itto was recently named the Best Franchisee of the World (BFW) for 2015.

After being announced the winner of the Mexico version on November 24, 2015, he went on to represent the Mexican franchise at the world final, which was held in Florence, Italy on December 5.

In recent years, franchising has become increasingly important, and Best Franchisee of the World is an international event that acknowledges franchisees— the entrepreneurs who demonstrate professionalism and attention toward the franchisor’s values and goals.

Prior to the global event, a selection process was carried out in each participating country, where national versions of the event were held. Both the national and global events recognize the best franchisees of the leading franchise companies for their dedicated efforts and contributions to enhancing the brand. The competition also rewards franchisees who express teamwork, innovation and character leadership. Through participating in the competition, franchisees are able to increase the visibility of their franchise, as well as establish relationships with other franchising companies.

At the 2015 national competition in Mexico, Omar Yunes was named the winner as a Sushi Itto franchisee, with the case “The Professionalization of the Role of the Franchisee,” while Ivan Tamer of Prendamex was named the second place winner, with the case “Implementation of Alternative System for the Control and Sale of Items”. This was the first edition of the Best Franchisee of the World in Mexico, which involved a total of 34 franchisees from across the country. Prior to announcing a winner, eight finalists were chosen.

This year’s BFW will be held in Florence, Italy on December 3, 2016. Visit the official website for more information.

Here is the list of winners from the 2015 global event: